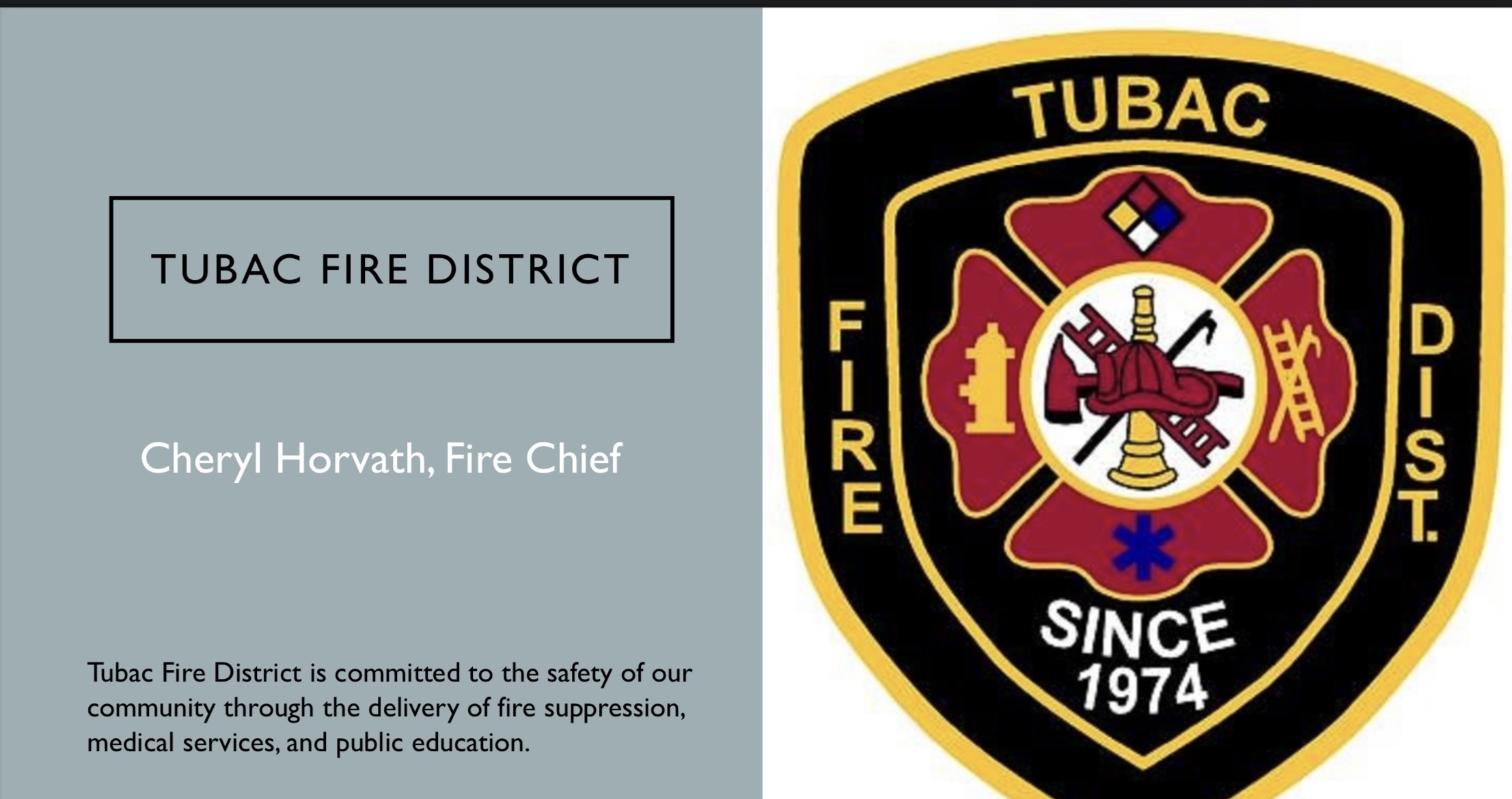 Tubac Fire District was established in 1974. The original fire station in Tubac was built at least two years prior and not intended to be used for residential purposes as the District was all volunteer at the time. Unfortunately, there are no records at the fire district or at the county to verify the original building dates or when additions were made to the original structure. The square footage of the current station/office area is 4,600.

Site plan for the installation of a modular trailer – The District installed a modular trailer to allow additional room for administrative office space. At the time, firefighters were sleeping in FEMA trailers formally used for the Hurricane Katrina response.

TFD 2008 Bond Notice is the public notice sent to all residents of Tubac Fire District regarding the 2008 bond election. The notice outlines the six projects to be funded by the bond package, which include a new Station #1, Administration Building and Training Building for a total cost estimate of $6.4 million.

TFD Fire Station Design Guide was developed by MWT Consulting/Project Management as a design guide to be used in the planning and construction of Stations 3 and 4. Included in this document beginning on page 19 is reference to planning for relocation and construction of new Station #1.

2017/18 Correspondence citing SCC Bldg Code Violations - Fire District staff installed two bunkrooms in one of the apparatus bays. Unfortunately, there was no permit to allow for the construction and due to the significance of complying with building safety codes, the county building inspector cited the District with a number of building code violations, including Americans with Disability Act (ADA) violations.

A series of newspaper articles were written as a result of the code violations and permitting issues: